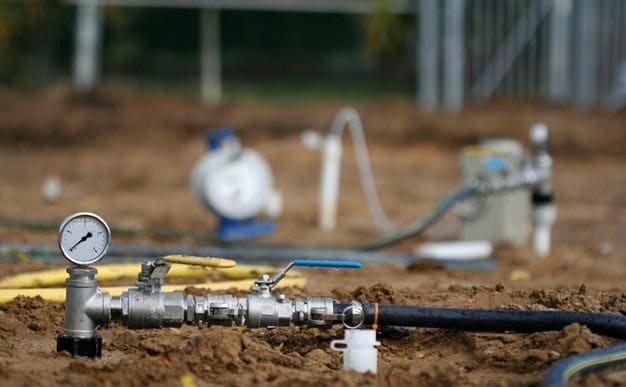 Volatile chemicals released from contaminated soil and groundwater can accumulate in soil gas and migrate through unsaturated soils of the vadose zone. This process is known as vapor intrusion (VI). Petroleum vapor intrusion (PVI) is a subset of VI and describes the process by which volatilized hydrocarbons from petroleum-contaminated soils, groundwater, and light nonaqueous phase liquids (LNAPL) diffuse through the vadose zone and into overlying buildings. Fortunately, in the case of petroleum vapors, this migration is typically restricted by biodegradation, which is the breakdown of these chemicals to nontoxic compounds by microorganisms that are ubiquitous in soils. The extent to which this natural biodegradation process restricts PVI, however, is not fully addressed in current guidance documents. Thus, regulatory agencies, consultants, and industry are wasting both money and time on PVI evaluations using traditional VI approaches that in most cases are not necessary and rarely lead to vapor control.

ITRC’s 2007 guidance document, Vapor Intrusion Pathway: A Practical Guideline, primarily focused on chlorinated vapor intrusion (CVI). However, the focus of PVI document is petroleum vapor intrusion (PVI), a subset of vapor intrusion. Vapors from petroleum hydrocarbons rapidly biodegrade as they migrate through unsaturated, vadose-zone soils, greatly limiting the potential for the PVI pathway to be complete.

Vapor Intrusion (VI) occurs when vapors from contaminated groundwater or other subsurface sources migrate upward through vadose zone soils and into overlying buildings. While PVI has similarities to chlorinated vapor intrusion (CVI), recent research and analysis has increased the understanding of the significant differences between PVI and CVI.

This chapter describes a method for PVI screening based on the vertical distance from a petroleum vapor source to a building foundation (vertical separation distance). Application of the method is expected to improve PVI screening and reduce unnecessary data collection at numerous petroleum release sites.

The site investigation phase starts with implementing a concentration-based evaluation using existing data. If necessary, the next step involves conducting a PVI investigation. Data evaluation is followed to determines whether additional investigation is warranted. Finally, a conclusion on the completeness of the PVI pathway must be made.

This chapter explains how to evaluate and select a strategy for mitigating PVI, as well as how to identify metrics for performance and closure strategies.

This article describes various sampling and analysis methods available for vapor intrusion investigations. This information will help with select the techniques that will best meet the data objectives.

Active soil gas methods consist of the withdrawal and analysis of the soil gas from the subsurface. These methods give concentration data (for example, μg/m3) for COCs, which can be directly compared to risk-based screening levels or used in predictive models.